The Power of Rumors

10 Ways to Reduce Falls In the Home

How Do State Workers Benefit From Chiropractic Services?

How Do Quick Loans Work?

Rumors are part of human nature. Our curiosity, added to our personal needs and fears, as well as our simple survival instinct, make us valuable information. However, as fallible beings, many times we disseminate, share and consume data of which there is no record. There is no proof, evidence, or rational element for this, but we do not stop being victims of this information.

On the one hand, it is easy to deny these data, however, sometimes they have some truth mixed with speculation and what other participants in the “chain” add and interpret when they share it. In the specific case of rumors, it is interesting that we all have experiences in which they have been real and many others in which they have not, therefore we usually run the risk of believing and sharing them “just in case they are true.”

Why are they rumors?

When certain information is spread in the form of rumors, we must be careful. Rumors are either due to lack of evidence or lack of confirmation and in the second case, it is very likely that spreading it is violating someone’s desire for privacy. Even some rumors arise with 100% truthful information, but when leaving a specific group or circle, they imply a legal violation of a previously signed contract.

Nor can we say that they do not have a useful function. Rumors have on many occasions served the truth. For example, when the Watergate scandal happened, the first leads that journalists Woodward and Bernstein followed were from rumors and quirks that were out of the ordinary, according to their own account in their book All the President’s Men.

When rumors spread about companies, their managers, employees, clients, and investors can make the wrong decisions, inspired by enthusiasm or fear, derived from a rumor. At other times, although many of them do not, the tendency of others who act this way becomes so significant that it impacts everyone, either for their benefit or to eventually harm them when the truth ends up coming to light.

A clear example was recently experienced by Steve Ballmer and Twitter. We know that the stock market lives off the speculation of anything. Therefore even the smallest rumors can weigh heavily on shareholders and the stock market. In technology areas, this is even more accentuated, as changes are usually sudden and drastic, so everyone wants to stay ahead.

Last week, rumors surfaced that Steve Ballmer is interested in buying Twitter. Although it is just that, a rumor, Twitter shares rose in value last Wednesday by 9%, due to the possibility of this purchase, according to Business Insider. Although experts say that a sale is unlikely to take place at this time. It is important to note that Ballmer owns 4% of the shares in the company.

Therefore it is important that every decision, personal or professional, is made with the best possible information. Likewise, it is worth the effort to share truthful and updated information both to clients, workers, investors, and suppliers, so as not to encourage unfortunate choices based on rumors.

The virtue of rumors

Where does the power to lead people to do good without doing bad things come from? There are various factors, one of which is rumors. People are very sensitive to reputation. It is the highest social animal among social animals.
Rumors are everywhere. Who doesn’t say, “This is a really talkative neighborhood”?

Of course, some people are sick of rumors. Reporters of Live Science, an American scientific journal, seem to have been such people. It was ranked first among the most destructive actions of humans. This content was delivered as it was by the domestic media. (There is a problem with the behavior of delivering live science articles as they are, not academic journals.)
However, rumors are very important to human society. Dunbar, quoted by Live Science, is a famous scholar for the social brain hypothesis. He found the reason why humans have a high level of intellectual abilities in their ability to gossip. It is that rumors are the key mechanism that sustains society.
In recent years, there have also been studies that empirically verified the pro-social function of rumors. The title of “The virtue of gossip: Reputational information sharing as prosocial behavior” in the Journal of Personality and Social Psychology 2012 Volume 102 No. 5 Thesis. By sharing reputation information, it prevents bad things from happening in society and promotes pro-social behavior.
In this regard, the article in Live Science completely misunderstood the function of rumors. Of course, it wasn’t 100% wrong. Because rumors aren’t without the destructive side. In human society, through rumors, individuals who were not suitable for the group were expelled.

However, the destructive power of rumors acts as a force for members to care about their reputation and engage in pro-social behavior. That’s why, whether you’re an individual or a company, you have to manage your reputation. What will happen if you throw your reputation away because you are blinded by short-term profit maximization? Such beings are expelled from society in some way. 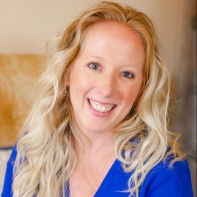 Sylvia K Kelly
Hey! I'm Sylvia K Kelly. A creativepreneur, blogger, and free spirit who's passionate about creating in every area of my life and sharing it.
Previous articleIT Management Tips For Every CIO
Next articleThe Competition for free fine

There are days in life when things can be bad or good. Each person is slightly different. Some people prepare ahead of time before things get...
Read more

How to get more engagement on various social networks

Social media channels weren't many, brands could focus their marketing and advertising on a handful of channels. However, many networks have appeared, such as...
Read more
Load more

OmiseGo is an Ethereum-based payment gateway that allows the transfer of practically any asset across governments, corporations, and people. Thailand-based Omise founded the platform...
Read more

Soon the hot summer is coming. You finally decided to go on vacation! I've already informed my job, this time I'm going to go abroad once... How...
Read more

Everything You Should Know About Disc Replacement Surgery

Disc replacement surgery is a type of spinal surgery that involves removing a damaged disc and replacing it with an artificial disc. This surgery...
Read more
Load more